Debbie Wilson wouldn’t be alive today if not for cannabis.

That’s clear a few hours after meeting her at Cannacea, a Northeast Portland dispensary. Her story is inspiring, miraculous and incredible. She’s living proof that cannabis is medicine.

Wilson was born and raised in Tampa, Fla., to a mother and father each with long careers in the judicial system. Wilson began steps as early as high school to follow in her parents’ footsteps. Throughout childhood and into her adult life, as she became a regional parole officer for special needs parolees, cannabis wasn’t one of her interests.

But in 1989, her life would change forever. She was struck by a truck in reverse, knocking her to the concrete and causing a traumatic brain injury (TBI). The injury resulted in seizures that remained undetected for two years because they only occurred during sleep. Once discovered, she was prescribed a plethora of pharmaceuticals but routinely had adverse reactions, forcing doctors to ponder alternatives. 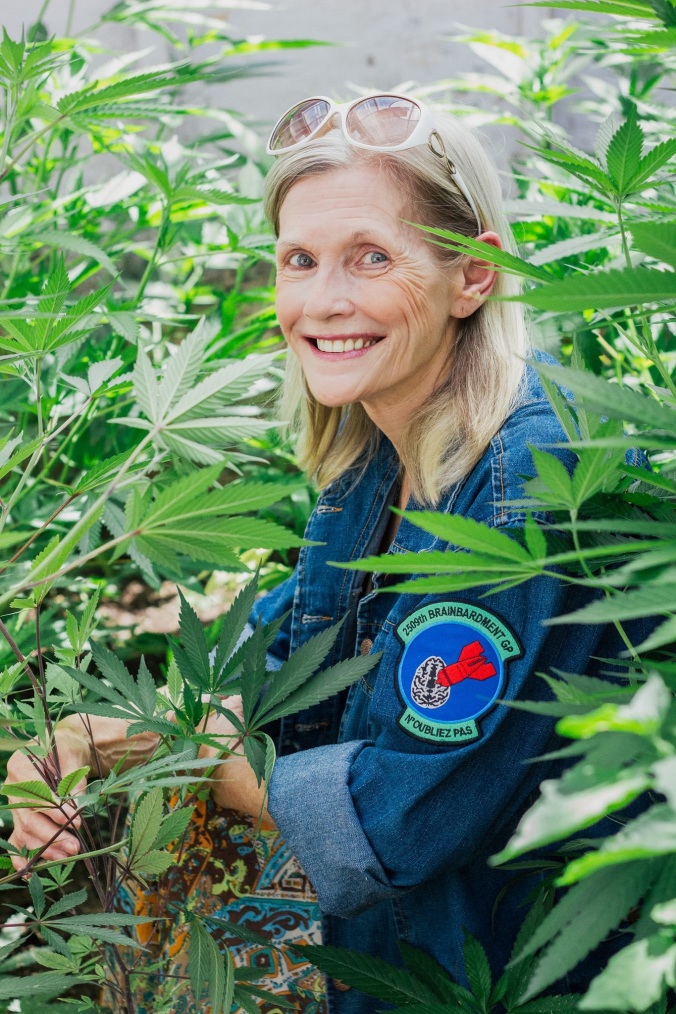 Brain seizure surgery was considered but quickly eliminated as an option when doctors realized there were multiple points the seizures originated from instead of a single spot. Wilson continued to use various pharmaceuticals while tests were run and treatment options were discussed.

In 1996, Wilson lost her balance and fell, again injuring her head and causing a second TBI while simultaneously breaking her neck and injuring her C3 and C6 vertebrate. Thus began a serious decline in Wilson’s condition, accompanied by additional pharmaceuticals and complications. She was formally diagnosed with epilepsy; in all, she has endured seven different types of seizures. Due to complications from unprocessed pharmaceuticals, Wilson has lost her teeth, large intestine, gall bladder, and colon. Her cognitive abilities took a huge dive – so much so her son Cody became her full-time caretaker. Debbie Wilson was dying.

She had lost the feeling in her hands and was up to 44 pills a day to combat the various types of seizures, pain, and inflammation. Placed in a back-and-neck brace and informed she’d be in it for the rest of her life, she was fitted for a helmet to help with the concussions she suffered during seizures. In 2009, she was diagnosed with early-onset dementia, which is often indicative of chronic traumatic encephalopathy (CTE). By the end of the year, she’d all but lost hope and nearly given up. Then, in 2010, Wilson made a major breakthrough.

Desperate after years of failed medical treatments, she signed up for a trial using cannabis in a legalized medical program in Michigan. “At first, I did it for my post-traumatic headaches,” she said.

“We didn’t even know it would help the epilepsy, [we] had no idea what it would do for the seizures. I have never had such relief in my life. I went from four grand mal seizures a week – that’s 16 a month – to four seizures… that first year.”

She has been writing poetry about life with a brain injury since her first accident in 1989. In a twist of fate that would almost literally revive Wilson, Tisha Siler, owner of Cannacea, discovered Debbie’s words and then her story.

Turns out Siler had embarked on her own crusade in 2007 when her husband suffered a brain injury. Siler has worked with hundreds of patients suffering from a variety of ailments over the years, employing a unique approach reflective of her dedication to healing. Targeted Cannabinoid Therapy is Siler’s proprietary method for patient- and ailment-specific treatments. When Siler uncovered Wilson’s story, she realized it was an opportunity to get documented evidence of the benefits of cannabis to TBI and epilepsy sufferers. In 2013, Siler convinced Wilson to relocate to Oregon and begin a free treatment program. The results have been life changing.

Within two years, Wilson’s condition has improved dramatically. She has shed the neck-and-back brace and regained feeling in her hands. Her cognitive abilities have improved significantly. And, perhaps most miraculously, her dopamine receptors became active again last fall. Wilson is down to one pill a day along with her specialized cannabis formula concocted by Siler.

So, does cannabis have neuro-regenerative capabilities? There’s nothing definitive, but here’s what is known. The U.S. Department of Health and Human Services has owned a patent on cannabinoids as neuroprotectants and antioxidants since 2001. You figure it out. “The medical community needs to realize they have a responsibility to these patients to be willing to take a step into the future,” says Siler.

The federal decriminalization of cannabis would spell access for millions to a better quality of life, relief from many illnesses and pain and a more natural medicinal alternative. Wilson’s dream is to educate others about our miracle plant and to inspire hope among those without it.

Sign-in and edit your profile. Not yet a Member? Register and claim your spot among the anointed ones!

Indica vs Sativa. Which type of bud comes out on top? You can decide for yourself as we now dive deep into the world of the various types of cannabis strains.

The easiest way to send and spend

Scan to download the Cash App then place an order today!